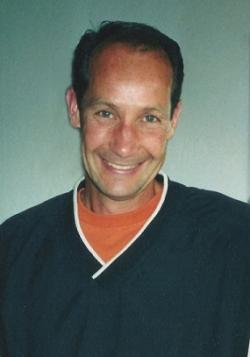 It is with profound sadness that the family of Scot Allan Birnie announces his sudden death on April 25, 2021 at the age of 61. He is preceded in death by his parents Paul Birnie and Jeanne (Kinney) Birnie, and his brothers John S. Birnie and Michael Birnie, of North Bay, Ontario.

He is survived and deeply loved by his wife Karen (Broad) Birnie, his two sons John and David Birnie of Halifax, NS; his sister-in-law Susan (Larmer) Birnie and nephew Noah Perron of North Bay, ON; his mother-in-law Delores (Watson) Broad and his father-in-law, Kevin Broad of Bristol, NB; his sister-in-law Karla (Broad) Deweyert, her husband Ted Deweyert and their children Claire and Anne Deweyert of Bristol, NB, and his treasured golden retriever, Pyper.

Over the course of 33 years, Scot worked for several companies in the field of human resources prior to retiring in 2019. He was an astute negotiator, who garnered the respect of his clients and colleagues. Scot was proudly involved in his son’s athletic pursuits. If he wasn’t on the bench, he was on the sidelines as he never missed a hockey or football game. Upon his retirement to Florenceville, Scot was able to indulge in his love of golf, cross-country skiing and cycling. His competitive spirit often found him taking quarters from friends on the golf course, racing through local ski trails, and testing friendships in card games. Scot will forever be remembered as a genuine and selfless husband, father, and friend. He will be dearly missed by all of those who were fortunate enough to be in his life.

The family would like to express their sincere gratitude for the compassionate care from the doctors and staff of the Upper River Valley Hospital in Waterville, NB. A special thank you to Dr. Denny Johnston, Dr. Sebastian Benaya, Amy Cullins, Josie Delong, Lauren Moffatt, and Katelyn Richardson. In addition, the family would like to express their utmost gratitude to Dr. Clay Marco, whose unwavering support will forever be cherished.

A private family service will be held from L.R. Giberson Funeral Directors. For those who wish, the funeral will be live streamed on the L.R Giberson’s Funeral Director's Facebook page on May 3, 2021 at 1 PM Atlantic time. Reverend Susan Estabrooks will be officiating. Internment will take place in the Bristol Community Cemetery at a later date. For those who wish, memorial contributions made to the Covered Bridge Recreation Inc. or Valley Outdoor Centre in memory of Scot would be appreciated. Donations may be forwarded to the appropriate charities from the addresses listed below. www.gibersonfuneraldirectors.ca (506) 392-1115